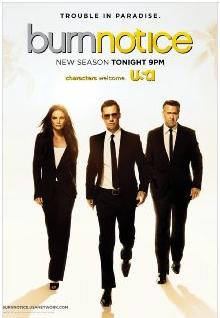 Ok, now that I’ve got that out of the way…

The premise is simple enough: our main character is Michael (Jeffrey Donovan), a spy who free-lances for the U.S. government.  One day he’s burned–someone has provided some manner of evidence that caused the higher-ups to let him go.  His accounts are frozen, he’s dumped in Miami, and he’s under FBI supervision.  He can’t leave Miami (which is not my worst nightmare, but it’s right up there).

So what does he do?  He gets a cool loft apartment and hooks up with an old girlfriend (Fiona, former bank robber and explosives expert, amusingly played by Gabrielle Anwar) and an old buddy (a former Navy Seal, Sam Axe (what a name!), played by Bruce Campbell).  Together they go around Miami righting wrongs that the police can’t handle, whilst trying to figure out who burned Michael. 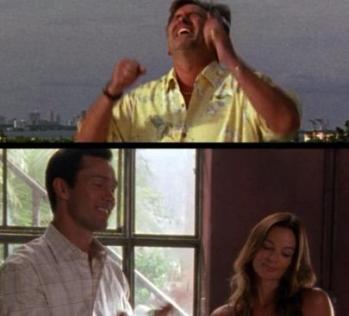 In each episode they take on a “client”–a single mother trying to get away from an abusive gangster boyfriend; a shop-owner battling a drug dealer who’s trying to put the squeeze on an entire neighborhood; a woman whose sister has been kidnapped by human traffickers; a man stuck in the middle of high level corporate espionage.  In each of these cases, we watch as the trio scout the situation, come up with a plan (Michael is a tactical expert), and then go kick-ass and take names (to be handed off to local law-enforcement: justice!).  Throughout the episodes we get Michael’s pithy narration explaining the tricks of the trade to the audience. 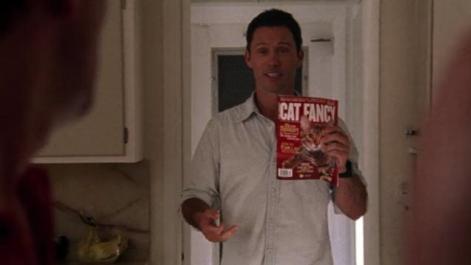 Michael is about to kick these guys’ asses with a rolled up issue of Cat Fancy.  Really.

The show is funny and engrossing.  The spy game/crime material could have been handled super-seriously, like 24 or a CSI clone.  Instead, it plays more like a witty action-comedy.  Campbell is great, of course, but Donovan and Anwar obviously have the gift for comedy as well.  Donovan has the smirky, shit-eating grin down to a science.  His character Michael is constantly adopting cover-IDs, so Donovan has to play a character playing another character pretty much every episode.  He handles this tricky role very well. 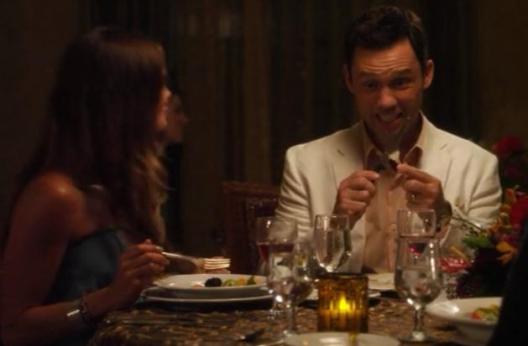 In addition, there’s great acting to be found in the secondary characters, villains, and misc. bit parts.  Sharon Gless is hysterical as Michael’s chain-smoking, widowed mother Madeleine.  She plays the character with heart, deftly avoiding a lot of the irritating, over-bearing mother cliches. 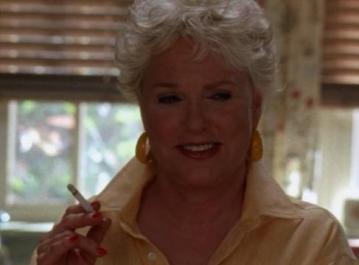 The writing in general is very good.  The dialogue is snappy and Michael’s clever and amusingly deadpan narration really makes the show.  How many spy shows have the main character explaining to the audience what’s going on?  It has the effect of pulling all the events together so we can all easily follow along.

The writers steer clear of a lot of annoying cliches.  Indeed, this show often puts a clever spin on a lot of those old spy game/crime show cliches.  For example: the obligatory “I have to commit a crime and get put into prison to get information from someone” episode.  It seems like every spy, crime, and sci-fi series has to have at least one episode like this…

Burn Notice takes this tired narrative and puts a nifty spin on it.  In one episode, the jail that Michael has to go into is one of his and Sam’s own making, in an abandoned building.  Michael pretends to be another prisoner in order to sneakily interrogate a hard-shelled Russian operative–but of course, Michael can leave for a few hours and go run errands.  Before he goes back in, he rips his clothes a little more and one of his friends gives him a black eye and voila!  Instant “I’ve been interrogated by these badass guys for the last four hours” cred.

This show hits all my sweet spots.  Episodic crime drama, covert ops, clever dialogue, good acting, and an interesting overall story-arc to keep it moving along.  And it has Bruce Campbell, who is at the top of his game here–fortunately they expand his character, Sam, as the seasons go on.  Sam even gets a made-for-TV-movie-back-story-special! 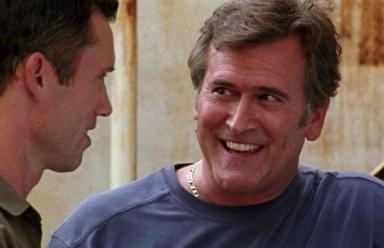 My one complaint?  Anwar is seriously skinny and usually crispy tanned, and she never seems to wear a bra under her often skimpy wardrobe.  A little off-putting (sometimes icky), but by the second season I loved her character so much that I stopped caring.  So, a minor complaint. 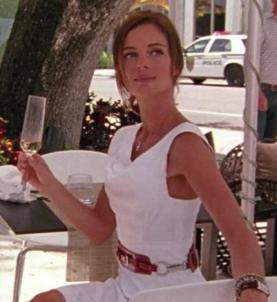 Of course, sometimes she looks fabulous.

Funny side note:  Films and TV shows often use a few short clips strung together as “establishing shots” at the beginning or to announce a location change.  Burn Notice has really, um, perfected this.  Most of the show takes place in Miami– so how would one visually establish that?  Chicks in bikinis!  Seriously.  One aerial shot of lots of buildings, a shot of the beach, and then several shots of anonymous bosoms and bikini-clad rear ends.  Nothing says Miami like tanned butt.

What else do you really need to know?

The Bottom Line: A refreshingly good crime/covert ops show, with the production values to move it above campy-ness, but without tons of the “ooh, super serious edgy!” editing and effects.  Oddly enough, despite the drug-dealers and the C-4, the show comes off as quite cute.